A downloadable game for Windows

Animal Heist is a fun, colourful, cartoon-y stealth game made by 9 students from Algonquin College as a year-long final project.

This is a solid project that could be developed into a great game. If I had to give it an arbitrary number I would say it's a 6/10  a solid game to play for a little while about 20-30mins well spent. I like the visuals of the game it all feels pretty consistent and reminds me of a PS2 game. The jumping is a bit too short a longer jump time would have helped with the difficult platforming on the third level. Overall a solid game that's a fun experience. Level 3 is too heavy on the lackluster platforming to comfortably enjoy like the first 2 levels are, if the game were to be developed further I would want more levels like those since the stealth is fun while the platforming heavy third level is more frustrating than the more enjoyable stealth gameplay of the first 2 levels.

And so.. the ferret won! Those dogs were the toughest enemies. :)

Here's part 2! I had to get that Hippo and beat the grocery store section!

This is the thumbnail I wanted to make for part 1 anyway but I didn't get a clear enough picture of Afro guy for it, but this time I did!
Reply
NathanBlakeGames3 years ago(+1)

I really had a lot of fun with your game! I'm sorry I didn't have more time to play it, but hopefully I can make it back to it soon!

I'm glad you enjoyed it.

Really glad you enjoyed it and thanks for making the video! Was fun to watch! 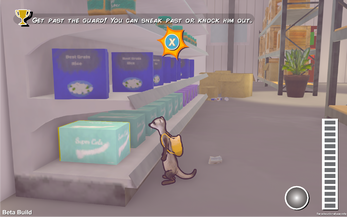 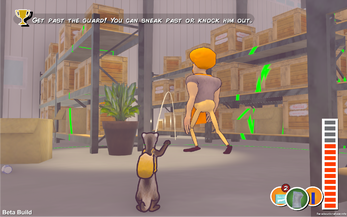 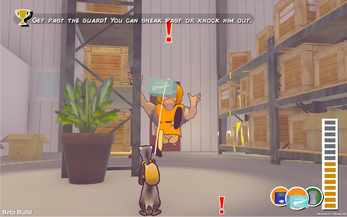 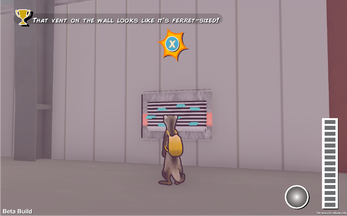 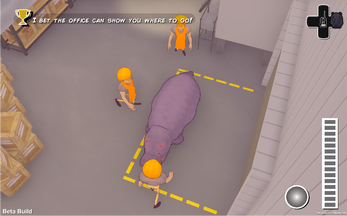 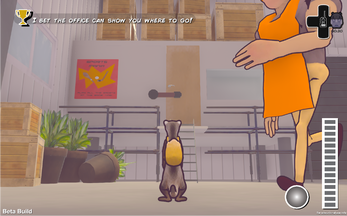