THIS IS A WORK IN PROGRESS. NOTHING IS FINISHED, PRETTY BROKEN AND EMPTY TBH, BUT LIKE, YOU CAN FISH AND SHIT. FUN TIMES.

S: Walk slower (for planting, working on a better way pls no bully)

Follow the path to the right to find the wizards tent, the wizard inside will sell you farm supplies, there's also a FREE watering can (and maybe some treasure) hidden in the forest somewhere. GLHF.

and by these two without their permission. pls no sue:

Shows lots of promise. Keep it up. If it were up to me I'd turn this into a mixture between Stranded Kids/Survival Kids for GBC and Harvest Moon/Stardew valley.

Heres my vivid imagination when I play this: Imagine a tropical Island where you've washed up. You pick up a stick and a rock and combine them to make a shovel. Eating raw berries you eventually find some seeds, grow food and settle down in a hollow log. There's a few areas available to you but a huge boulder blocking off the path to the rest of the island. Eventually you're able to grow bamboo (need to water it, need to make watering can, need to give it nutrients, have to hunt/gather specific stuff to turn it into fertilizer etc. Progression based on your farming. Once you have bamboo you can use a stick of it to stick it under huge boulder, move it and get further inland. You find more wild animals to hunt, wild tomato plant that you can grow using bamboo to support it, etc. You get a few more areas, but to the east is a fast river with a waterfall that you cant cross. Gonna need to make/grow something to cross it. You eventually build a home out of the hollow log, build more outposts/farms in the new areas of the island, eventually you find a cove with strong wood and start building a boat. The end goal is to leave the island.

I'm sure you know what harvest moon is, but maybe take a look at Survival Kids. I'd kill for a game that combined the two. 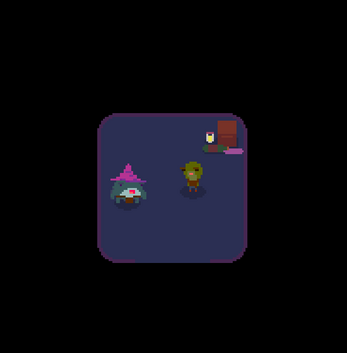